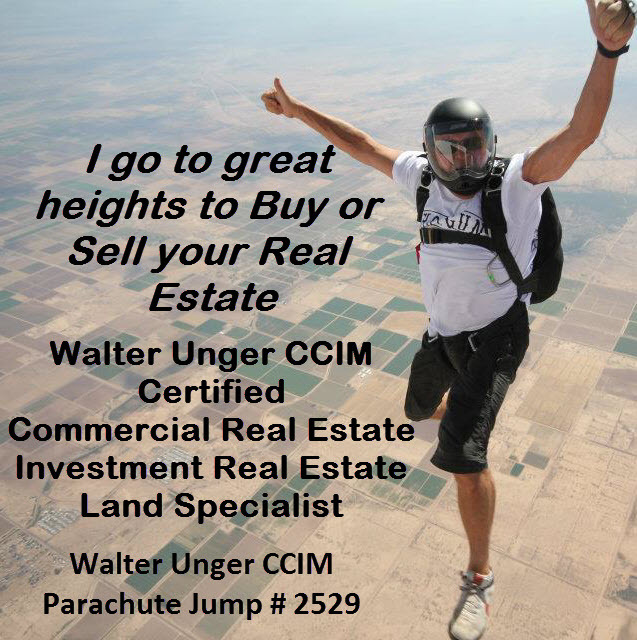 Walter has 19 years’ experience in Commercial and Investment Real Estate and has sold hundreds of millions of dollars in commercial properties in greater Phoenix, Tucson and across Arizona. Walter is also a CCIM (Certified Commercial Investment Member) – a recognized expert in the commercial and investment real estate industry. He has a strong sense for “client service” and his market knowledge, both locally and throughout Arizona, is unmatched. In addition, many lenders have relied on Walter’s value estimates of all types of commercial real estate across Arizona. To-date, he has completed several hundred Broker Opinions of Value (BOVs). Walter was formerly a very successful business owner/manager in the US, Australia and Austria. He is fluent in multiple languages (German & English) and continues to demonstrate exceptional track record for closing escrows with minimal surprises. Experience the difference between Average and Expert! Walter prides himself on “out-servicing” his competition and his creative instincts often make the difference to getting a property sold at a great price. http://walter-unger.com/ View My Listings and Profile http://www.loopnet.com/profile/14101172900/Walter-Unger-CCIM/Listings/ Join My Mailing List http://visitor.r20.constantcontact.com/manage/optin?v=001l2E62PqC4Z3sggwR_1M9aUmjrzvHWmSVEfy9MrVW6ULRJR3XWD1R_98ZLV5AVRdcHcxwR32LZvKqcYEkVDBKEwAuD87hIYmDX8GpVxXVwjc%3D What is a CCIM http://www.ccim.com/about-ccim/what-ccim