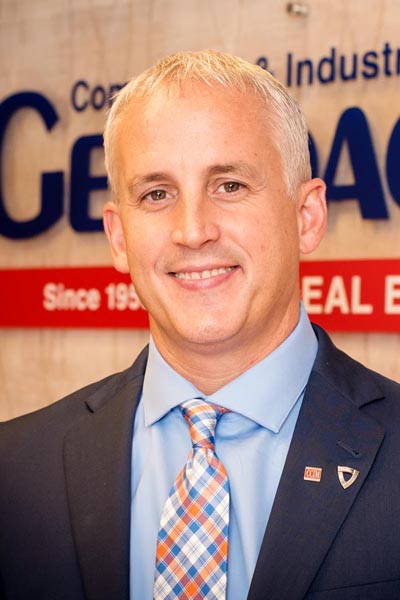 Troy Gerspacher, President of Gerspacher Real Estate Group is a 3rd generation real estate broker & investor in commercial real estate. He began in sales over 20 years ago with Aerotek, a global staffing company. In 1998 he helped start a commercial skilled trades division for the Cleveland and Akron markets. Over a 7 year period he established over 100 new clients for the company with a payroll of over 200 contract employees with 30 different companies by 2003.

In 2004 he began as a real estate agent mentoring his uncle James Gerspacher till 2007. In 2007 Troy become President, Broker and owner of the Gerspacher Real Estate Group. Since his ownership he has grown the company from a company of 4 to 10 employees and agents.   He along with his team have been integral in growing the listings from 75 to over 150 listing totaling over $150 million in real estate inventory.  In that time, he has completed nearly 500 sale and lease transactions. In 2012 he earned the elite CCIM designation for investment commercial brokers (Certified Commercial Investment Member) and recently in 2017 he earned the SIOR Designation (Society of Office & Industrial Realtors.) Only 3000 practitioners in the world have earned this highly honored designation. In addition, he has invested, re-developed, owns and manages multiple commercial office, retail and apartments buildings.

He lives in Medina, married to Heather with 3 children, Gavin, Marin and Aylin.