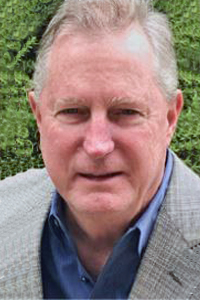 Steve Relth is a licensed California Real Estate Agent, specializing in acquisition and disposition of land for development in San Luis Obispo, Santa Barbara and San Diego counties. Steve began his real estate career in 1978 as a residential broker in San Luis Obispo County. Upon moving to San Diego in 1988, most of his focus turned toward working with landowners, home builders, developers, and investors in San Diego. During and after the Great Recession, Steve began working up the coast on distressed assets in the Central Coast markets. He has now decided to return to his roots and has joined Lee & Associates Central Coast to re-focus on opportunities in the coastal markets, including Santa Barbara, San Luis Obispo and San Diego counties.

Commercial Land
For Sale
$295,000
1.16 Acres
Price has been reduced for a quick sale! Seller must sell prior to the end of the year. 1.16 acres of commercial-retail, previously approved for hotel projects. Most recently approved for 71 room extended-stay hotel with a Hilton flag. Approvals have expired. Excellent opportunity to revive this project. Property is being sold as is. Many plans for neighboring properties, including commercial and residential for-sale and for-rent. Close proximity to 101 and Tefft Street. Nipomo
11/6/2019 10:43:24 PM   11/11/2019 5:02:53 PM