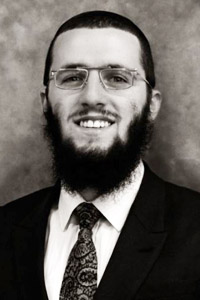 After finishing an associate’s degree in Talmudic Studies, at one of the top Rabbinical Seminary’s, Mendel took the analytical skills he gained from The Talmud and fiercely applied them to the business world. A quick analysis of the concert industry led him to the discovery that there was a surplus of high-end Pro-Sound equipment that wasn’t being used. Concert production companies where constantly upgrading their gear, but they weren’t doing anything with their older gear (which could value in excess of $1mm!)

At the age of 22, he started a company buying and selling large speaker systems for mega-venues such as stadiums, mega-churches, and convention centers. The deal-making skills learned selling big-ticket systems valued up to $1M+, paved the road to Mendel’s seamless entry into the commercial real estate world. Putting 3 deals under contract in his first month!

Mendel primarily focuses on investment property sales in office, industrial, retail, and land in the Cincinnati/Dayton Region. Representing a large network of investors from the east coast, namely Brooklyn and Miami.