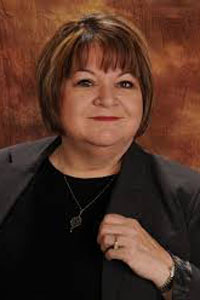 For Greater-Binghamton-based Karen Klecar, commercial real estate is more than a profession, it’s a mission. “Commercial properties, large and small, are the key to our economic vitality,” she believes.“This region, long considered ‘The Valley of Opportunity,’ and is ripe for revival.”

Klecar’s passion for economic revival took root in the 1990s, as IBM — born and based in Endicott — moved most of its operations out of state. Twenty thousand jobs were lost. The economy plummeted. At the time, Klecar owned a jewelry and clock store just down the street from IBM headquarters. Her once-thriving , 16-year-old business was one of many casualties of the IBM exodus.

But Klecar, a New York City native, remained loyal to the region she came to love as a student at Binghamton University. Exploring new careers, she was drawn to the challenge and complexity of commercial real estate. “It’s not only essential to our region’s survival, it’s endlessly interesting,” says Klecar, a Phi Beta Kappa Binghamton graduate. “You deal with such a variety of spaces, clients, and dispositions.”