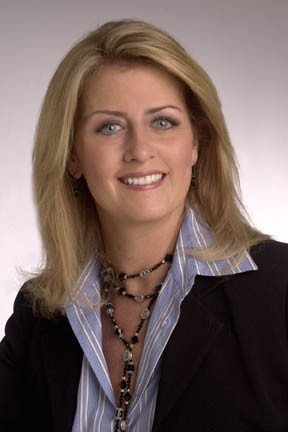 Tiffany Luongo is originally from St. Louis, MO. She went to Westminster College on the Dean’s Academic scholarship (a full scholarship) and earned her B.A. degree. Her background in St. Louis included larger and corporate sales for such companies as Marriott Corporation and Southwestern Bell, and her roster of clients included Ralston Purina, ARPERCEN, Anheuser Busch, Energizer, McDonnell Douglas (now Boeing), Edward Jones, and many more. Tiffany moved to southwest Florida in 1993 and began working in the communications industry for Qualicomm, which grew into Cellular One. She served as a regional sales manager for Goff Communication's cellular division before being one of the first franchise owners in SW Florida of her own Nextel dealership. After selling the franchise profitably a few years later, Tiffany was looking for a challenge and change from the communications industry. Years of corporate sales and business ownership caused her longtime friend Stephanie Miller to pursue Tiffany's skills for her commercial real estate company, Select Real Estate. Hence began her commercial real estate career in Florida in 2001. Select Real Estate was a boutique firm that specialized in land development work including zoning, codification, road impact, environmental entitlements and development orders. The process included partnership agreements, investor proformas, development engineering, site use and design, and then subsequently selling the fully-entitled properties to developers. Finally, most of those developers hired Tiffany and Select Real Estate to represent the end products in leasing and sales which included retail, office, and industrial properties. Tiffany’s strengths include complex transaction negotiation, marketing, development planning and entitlement, and end leasing and sales. She has a particular strength in the Bonita/Estero area and has been focusing on this area for over 12 years now. She has been featured for her knowledge and success in this area in the News Press, Gulf Coast Commercial, Gulfshore Business, NBC-2 News and was also the featured commercial presenter at the Estero Real Estate review two of the three years it occurred. In that time, she has done more than $30 Million in transactions in the Bonita-Estero area with a focus on office. In the last two years, she has leased more than 67,000 sf of office space alone in just the Bonita-Estero area (most in Bonita). Tiffany joined Coldwell Banker Commercial in search of a national brand, which some of her clients requested. She remained there for almost five years, until they closed their Fort Myers and North Naples offices. That led to Tiffany joining the Re/Max affiliate in Estero/Naples, creating and heading up the Re/Max Commercial brand for them in 2009 specifically to target distressed assets. At that time, she successfully gained many bank clients including: 1) Synovus Bank, 2) M & I Bank, 3) Wells Fargo, 4) Iberia Bank, 5) First Community Bank of SW FL, and 6) Farmer’s and Merchants Bank. These listings represented millions of dollars in transactions. Other clients of note include Applebee's, for which Tiffany has handled all site acquisition in south Florida, and also some of their dispositions, since 2005. This included meeting with local governments regarding engineering and entitlements, and as a liaison with Applebee's hired engineers and architects. This year, in December, Tiffany joined SVN | KOVA Fort Myers. This is SVN | KOVA Fort Myers's first full year in the Southwest Florida Market and the team is comprised of the very best professionals in the industry. With SVN's large national reach, commercial tools, FDIC contracts, specialty platforms (office being one) and their insistence on co-brokering and cooperative outreach to other brokerage firms in the market and national outreach to other office and land specialists outside the market, it was a perfect fit. Though other national/local brands had engaged Tiffany over the years, their refusal to engage and cooperate (co-broke) in the marketplace seemed unwise and unappealing. SVN's team approach to listing properties, which included the promotion of the co-broke relationship and inclusion of property managers and other experts in the industry was a right fit in a growing market. Tiffany has served on the Board of Directors for the Edison Festival of Lights for the past five years. She has also served on the Board of Directors for the Commercial Investment Professionals of SW Florida: as Secretary (2 years), President Elect, and in 2018 she will serve as President. She has a passion for cooking and animal welfare. She is married to Louis who recently sold his window and door distributorship to US LBM (a collection of leading building material distributors across 29 states with more than 230 locations) and is contractually still working with them in a management and sales capacity. She has been blessed with two daughters (step daughters - Niki and Alison) since they were 5 and 8, and who are now 24 and 27.