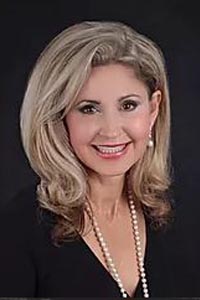 Silvia G. Gangel, CCIM is President and Founder of SiGa International Commercial Real Estate Services, a real estate investment brokerage firm headquartered in San Antonio, Texas. Originally from Mexico, Ms. Gangel relocated to the United States in 1979 and began her real estate career in 1985 assisting clients in the acquisition and disposition of investment real estate. Ms. Gangel became active as a commercial real estate investor in 2000 and later became involved in the development of land and retail commercial properties in 2006.

Ms. Gangel holds the CCIM designation from the CCIM Institute and is a Licensed Broker in the State of Texas. Ms. Gangel holds the titles of Past President of the San Antonio/South Texas CCIM Chapter and the Real Estate Council of San Antonio, a local real estate development advocate organization. She was also the first woman to graduate from the Jay W. Levine Academy Inaugural Class of the National CCIM Institute. Ms. Gangel is a current member of the National CCIM Institute Board of Directors and a board member of the CCIM Education Foundation. Other memberships include the International Council of Shopping Centers, and the San Antonio Hispanic Chamber of Commerce. Ms. Gangel is also an active member of the Founder's Council of the Real Estate Finance and Development Program at the University of Texas in San Antonio.