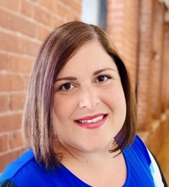 Ms. Hogan has served in key roles building partnerships across public, private, and civic sectors to achieve economic development goals for the Pioneer Valley region in Western Massachusetts. She most recently served as the Regional Director for the Massachusetts Small Business Development Center Network (MSBDC) at the Western Regional Office in Springfield, Massachusetts. In 2016, she served as the Consulting Project Manager for the Holyoke Innovation District (HID) on behalf of MassTech Collaborative and the Pioneer Valley Planning Commission. Prior to this, she held the position of Senior Project Manager and Brownfields Coordinator at the City of Springfield’s Office of Planning and Economic Development for 9 years. Prior to working with the city, she was the Senior Economic Development and Policy Analyst at the Pioneer Valley Planning Commission from 2004 until 2007.   In 2013, Ms. Hogan was awarded the 40 Under 40 Business West award for her organizational leadership, community impact, and accomplishments. In 2018, she became the first Latina and fifth recipient of the coveted Business West Continued Excellence Award. Further, she was a 2016 award recipient of the Harold Grinspoon Entrepreneurial Sprit Award and was recognized by the Massachusetts Latino Chamber of Commerce as a Women Trailblazer and Trendsetter in 2016.