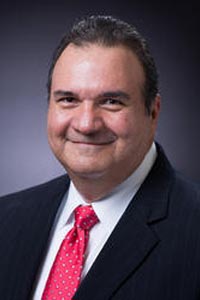 Mike Ybarra is Co-Founder of Legacy Commercial Real Estate. He has over 30 years of commercial real estate experience specializing in the sales and leasing of land, retail, office, industrial, medical, and retail pad sites. Mike’s tenant representation experience ranges from both Corporate 100 clients to owners and entrepreneurs throughout the United States as well as governmental entities. Not only does he have extensive knowledge of the San Antonio and New Braunfels market, but he has conducted business in most major cities in the United States.

Mike Ybarra grew up in New Braunfels and obtained a degree in Business Management from Southwest Texas State University in San Marcos, Texas in 1985.

He began his career at CB Richard Ellis (formerly CB Commercial) in San Antonio where he was Rookie of the Year in 1989 and a top-five producer in 1989 and 1990.