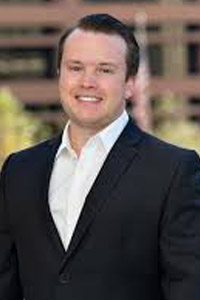 Jon Davis was raised in Saint Paul, Minnesota where he lived through high school then in 2010 graduated from Chapman University with a Bachelor of Science Degree in Business Administration with emphases in Entrepreneurship and Marketing all while being part of the national fraternity, Phi Gamma Delta. Chapman University is located in Orange, California. Post-graduation Jon joined Vanguard Commercial located in Fullerton, California as an investment and leasing broker. In December of 2014 Vanguard Commercial joined SVN, previously SVN, as the Orange County franchise. Jon enjoys playing and watching all sporting events and lives in Anaheim Hills with his wife, two son’s and dog.