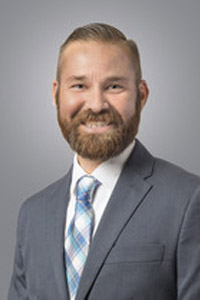 Eddie Gonzalez was born and raised in Phoenix, Arizona. He joined the powerhouse retail team, led by Mary Nollenberger and Rommie Mojahed as a retail specialist. Since Gonzalez grew up in the valley, he has affluent knowledge of the growing markets and will be focusing on the economic growth and development of the restaurant & retail market all over the valley.

Eddie especially prides himself in knowing the Central Phoenix area. He is a third generation Phoenician and spent most of his childhood exploring the central Phoenix corridor. He was witness to the development of the Esplanade Corridor being constructed, as he watched the corner of 24th street and Camelback Road transition from a dirt lot to the beautiful esplanade complex that it stands today. He has a strong customer service background leading the front drive team at the Ritz Carlton Phoenix from 2002 until its closure in 2015. Eddie’s passion is service which will serve as an important attribute in putting his commercial real estate clients above all else.

In his free time Eddie enjoys being in the outdoors and spending time in nature. He loves dirt biking in the sonoran desert, four-wheeling in Sedona and the Crown King area, mountain biking in the hills of Dreamy Draw and hiking Camelback Mountain. Where there is a mountain, dirt or path, you will find Eddie enjoying nature at its most competitive. In short, he loves a challenge.