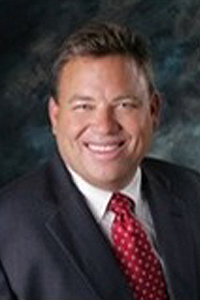 In 1993 Mr. Addison joined Schultz Properties, Inc as a Partner in the firm. In February of 1996, Schultz Foster Addison Real Estate, Inc. was formed as a commercial brokerage, property management, development, syndication and consulting company.

In July of 2002, Mr. Addison obtained 100% ownership of Schultz Foster Addison Real Estate, Inc.  In November 2002, the name of the firm was changed to Addison Commercial Real Estate, Inc to reflect Mr. Addison's sole ownership of the firm.   In the past twenty-nine years, Mr. Addison has represented tenants and landlords in over 725 transactions, totaling 6.10 million square feet of commercial property with a value in excess of $575 million.

Duke and his wife Penny live in Mandarin with their two sons Dane and Christian.  He holds a Bachelor of Arts degree in English from the Virginia Military Institute and an M.B.A. from Jacksonville University.  He sits on various non-profit Boards and recently joined the Executive Board of the Allen Robinson's Foundation.  Duke is an avid Jaguar fan and enjoys the beach, golf and traveling.